I'm never "ready" for Christmas. However, I do have a bunch of cards ready to mail tomorrow - maybe they'll get there on time....

And - I've been trying for 2 days to order gifts online. I got a couple squared away, but messed up on the rest. For me, it really is faster to go to the store (but hard on the feet).

One thing I won't do is shop on Christmas eve. I did a few years ago and had a bit of a disagreement (shall we say) with a lady at Target. Back then I didn't have a cell phone. If I had, I would have called the cops.

So I'm spending my days cleaning up after the puppy. She's getting it - slowly - and is probably wondering in her little head why Momma is so interested in her bodily functions.

She eats like a little pig. Gained 2 pounds in the first 10 days we had her!

On another note, there's nothing like a good movie to take one away from holiday stress and puppy stress. Last night I watched Super 8.

If you're a sci-fi fan, make sure you see it some time. And if you're not, I think you still might like it. It's got kids, zombies, a space monster, a sweet romance, lots of action, explosions and mystery. It might scare little kids, but for grown up and half grown kids it's a great movie:
﻿ Did I mention it was produced by Steven Spielberg (think ET)?

That's it for now. Hope you're having a wonderful day - and don't worry about being "ready" for the holidays!
﻿

Y'know, they just won't leave well enough alone!
When I adopted these two mommas, there was a dog in their house already. The dog refused to leave, so I have been nice enough to let him stay.

But now they've done it. They've really done it!

That thing piddles and poops everywhere, barks at me, and even had the nerve to sneak up behind me, with her tail waggin', like it was a game or something!

The first time she piddled in the living room I covered it up with my own pee and that made Momma Carol very angry. Well - if you don't want my help - OK, I won't do that again!

I explain to this dog with every creative growl and hiss that I know, and I've bopped her on the head a couple of times too, but she just won't leave.

Man, can she let out a yelp - somewhere an octave above high C - so loud and so high that I'll bet they can hear it for miles! She does that when I bop her one - heh, heh.

I'm tellin' ya, she'd better learn her place around here or there's gonna be blood!

No, there won't be blood, Faith.

The new puppy is Chica. Chica is a street child from Puerto Rico. We were told that there are a lot of dogs there who run loose on the streets and don't use birth control (shame!). Chica was three months old and weighed seven and a half pounds when we adopted her. She's very lovable but also quite feisty. She just won't back down from Faith.

Faith comes to me and "talks" about her unhappiness, in a variety of growls and whines. I feel for her. She's getting extra petting and brushing these days to make up for her stress.

I have no doubt Faith will continue to be the "Alpha" here, and the puppy will survive, and peace will prevail once more, but for now the adjustment is quite entertaining.


I also believe that eventually piddles and poops will learn that outside is where you put it!
Posted by Carol Shoemaker at 10:50 AM 1 comment:

No reason for the long break, really; just lost interest for a little while.


So, October 19th was my one year anniversary on this blog. In that time I had over 11,000 page views, from 10 different countries. My posts prompted 254 comments this year. Thanks y'all!
I wrote 123 posts this year. That's almost one every three days.
By far my most popular post was, Flying Purple People Eater (FPPE). It was viewed 366  times.
I have a theory about that, which was suggested by a bit of spam that came through. In the spam comment there was a hint that FPPE may have been some sort of communication code involved in the "Arab Spring." Really! It was not the usual spam, which is full of advertising links. Instead, it was a message about prison and being captured, etc.

I hope the guy got away, at least I think I do....! The Internet is a fascinating place!

My second most popular post was Still Life, With Potatoes - a recipe post, of course. My recipe for hash browns prompted several comments and 2 recipe contributions (french fries in the oven and sweet potatoes in the crock pot). Thanks, Jude and Paul!

I have 4 followers, and thank you for your extra support. Folks who read me regularly, would you like to become a follower? It's relatively easy, I think.

You don't get a prize for becoming a follower - just my thanks, praise, gratitude, prayers for a good life, etc.

The folks who have found me by accident have "googled" some interesting phrases, such as:
In the meantime, I've been busy with projects and so on. Here are some pictures for you. Art Basal is in town: 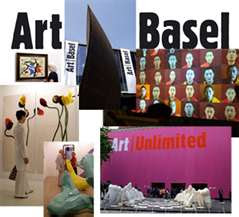 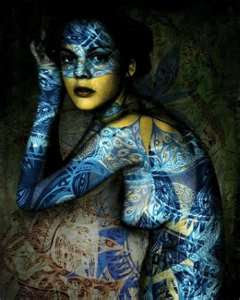 Sorry - no drawings from me this time. I have some, but my scanner is giving me problems....!

Hope you're having a wonderful day. I am!
Posted by Carol Shoemaker at 2:32 PM 3 comments:

Largest Miniature Railroad in the World:

A collection of my drawings can be found at: